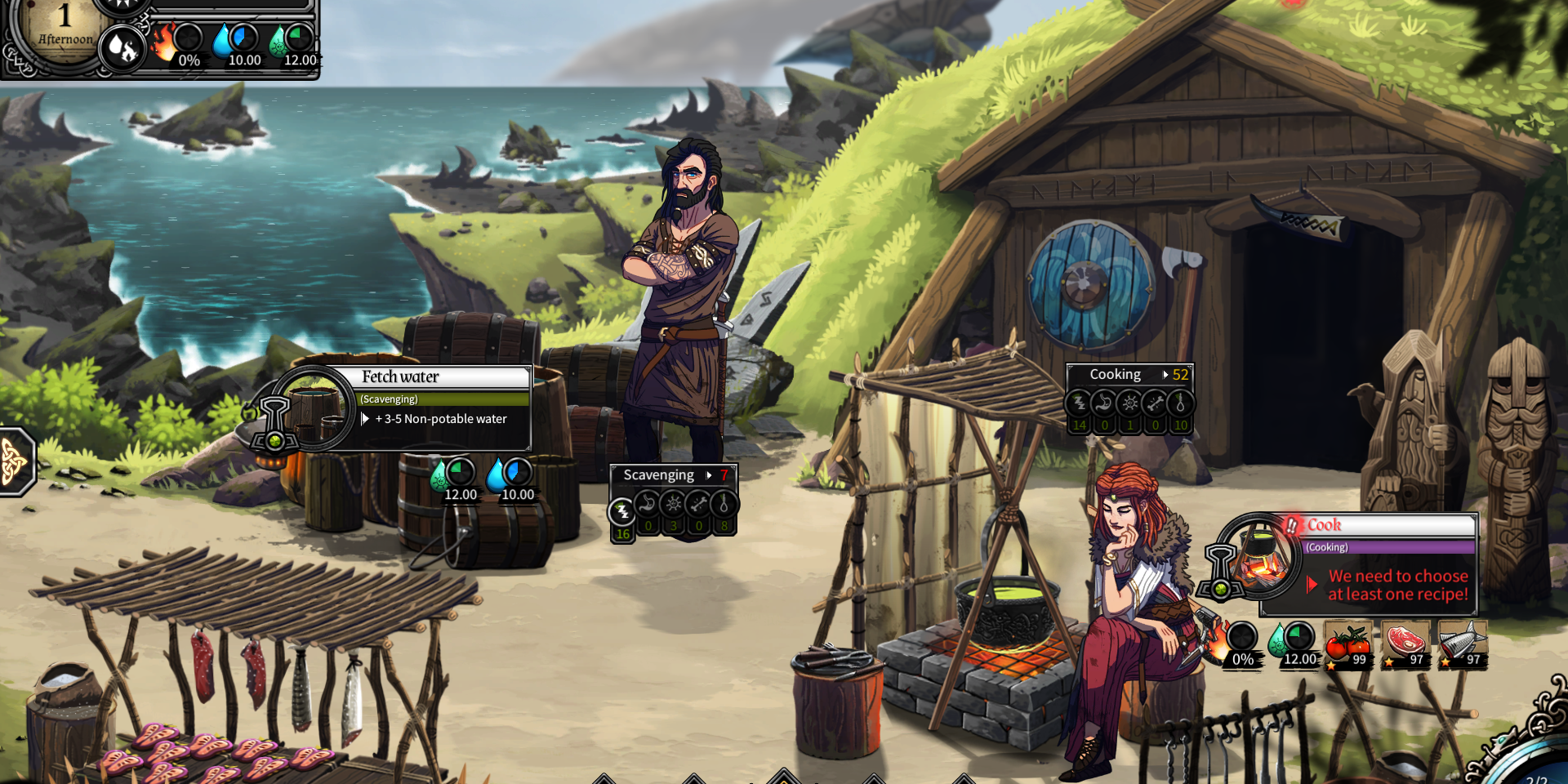 We now have a super website to show you the progress on our new game, Dead In Vinland. In it, you will lead a viking familly on their quest to survival on a lost island. After they have been exiled from their motherland with blood and fire.

Come back regurlary to check on the new features we will unveil, and the new characters!

We hope to release the game towards Q3 2017, if everything goes well…

In the meantime, don’t hesitate to try our first game, Dead In Bermuda, available on PC / MAC / ANDROID / IOS. Playing DiB before DiV is not mandatory, the story is totally standalone. But we built on the core concepts of the first game so it can be useful to get the hang out of the core mechanics (they say the game is rather hard… It’s a survival game after all! ;))

Moreover, the two games share some backstory that will expand the more games we release under the banner of the “Dead In…” universe. If you played DiB, you’ll see that in DiV you’ll learn A LOT more about the strange blue people and the whole mystery around their stories.

But more on that later…