Hey survivors! It’s been a while since the last blogpost… Today, we’ll be talking about the new DLC of Dead In Vinland, called Norse Side Stories, bringing A LOT of new dialogues, between secondary characters!

Don’t worry, we’re still surviving! We sent Manon fetching some water and Jacques and Thomas set up an expedition to hunt some food at the food truck. We even accepted fresh new recruits into our camp, we’ll soon grow into a real village!

Right now we have split the team in two: Matt is a team by himself and finishes the 3rd DLC for Dead In Vinland, while the others have fun working on a NEW, TOP SECRET game. We can’t wait to give you some infos about it! I think we’ll be able to reveal some things in the coming months. 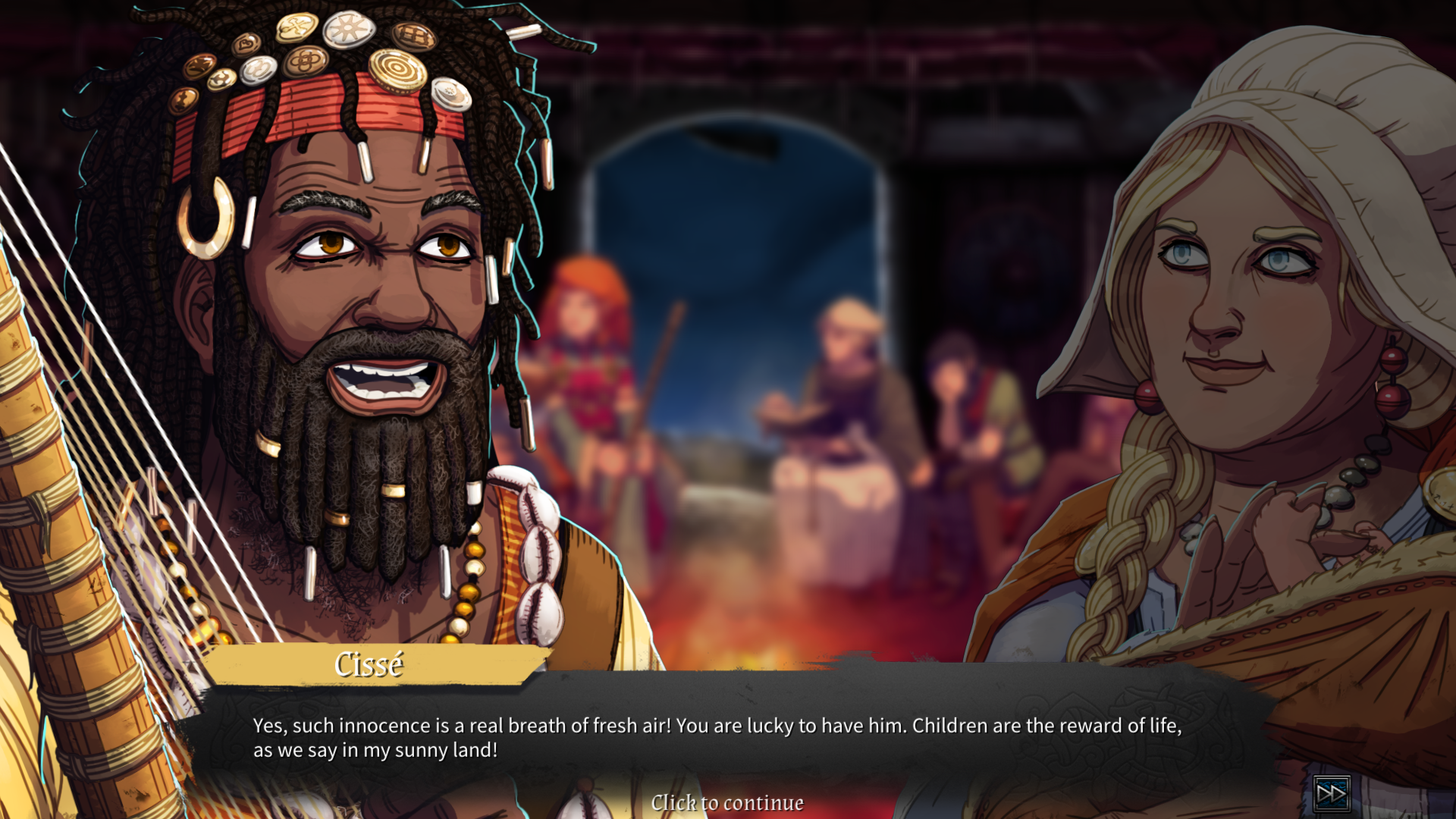 So the new DLC will be called Norse Side Stories. It entirely focuses on adding new dialogs between secondary characters.

The last DLC was more targeted to players who cared for the survival aspects of the game, and wanted to focus on that. But the characters and their little stories are a big part of the “Dead In” games, so we wanted to add more content for players who liked this aspect of the game. We thought it was a good idea to seperate the 2 DLCs like that, so that players who don’t care about one or the other aspect of the game wouldn’t be “forced” to buy something they didn’t want. Hopefully, some people will want to buy the 2 DLCs too ^^ 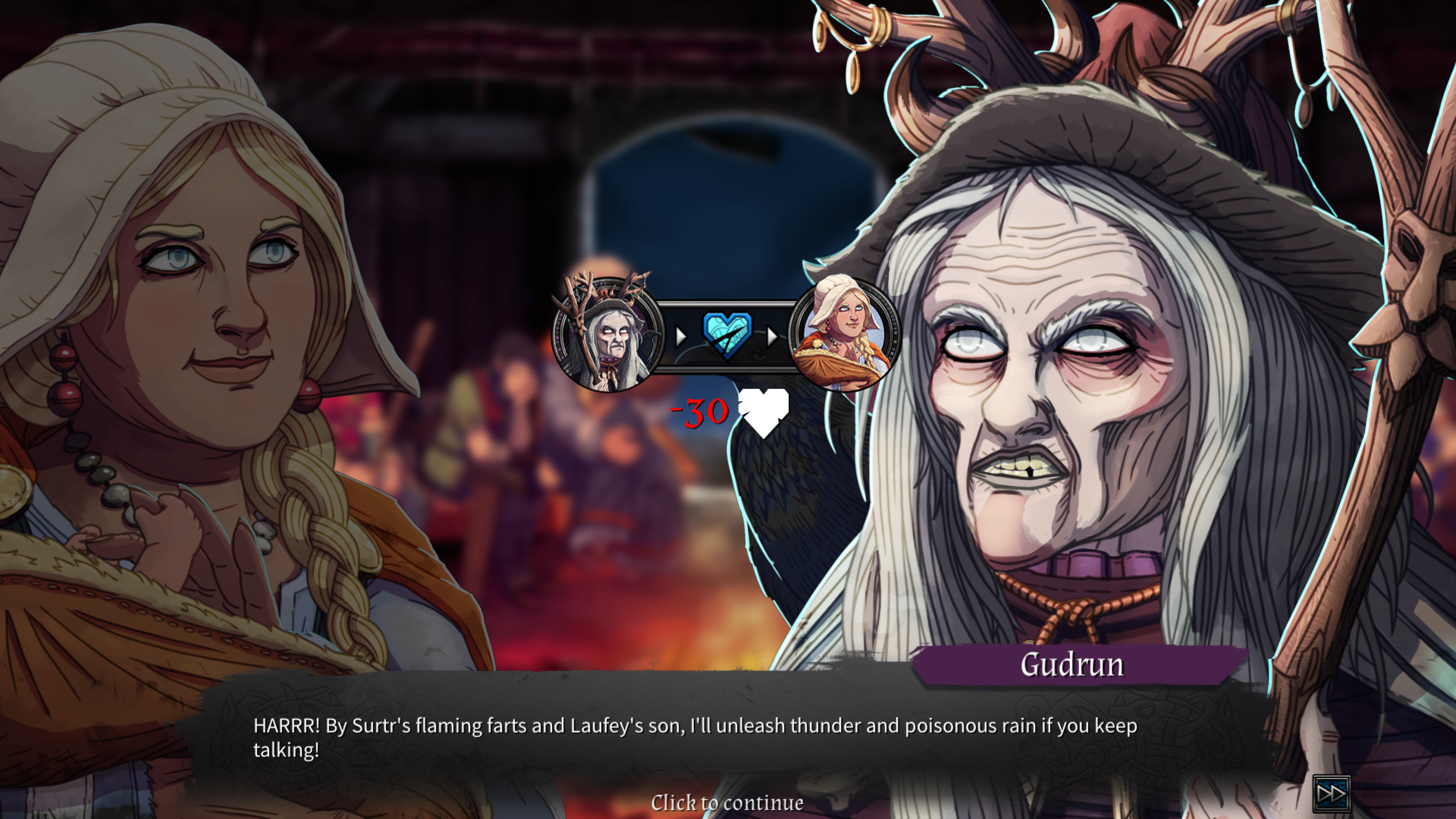 So yeah, for production reasons we explained that we couldn’t include in the base game interactions between secondary characters, it was too costly to make for an impact on the game that was really tiny, for many “systemic” reasons (the main one being that we can’t possibly know when or even if a character would be recruited, so combinations of several secondary characters were impossible to predict, and so a lot of the writing would go to waste). 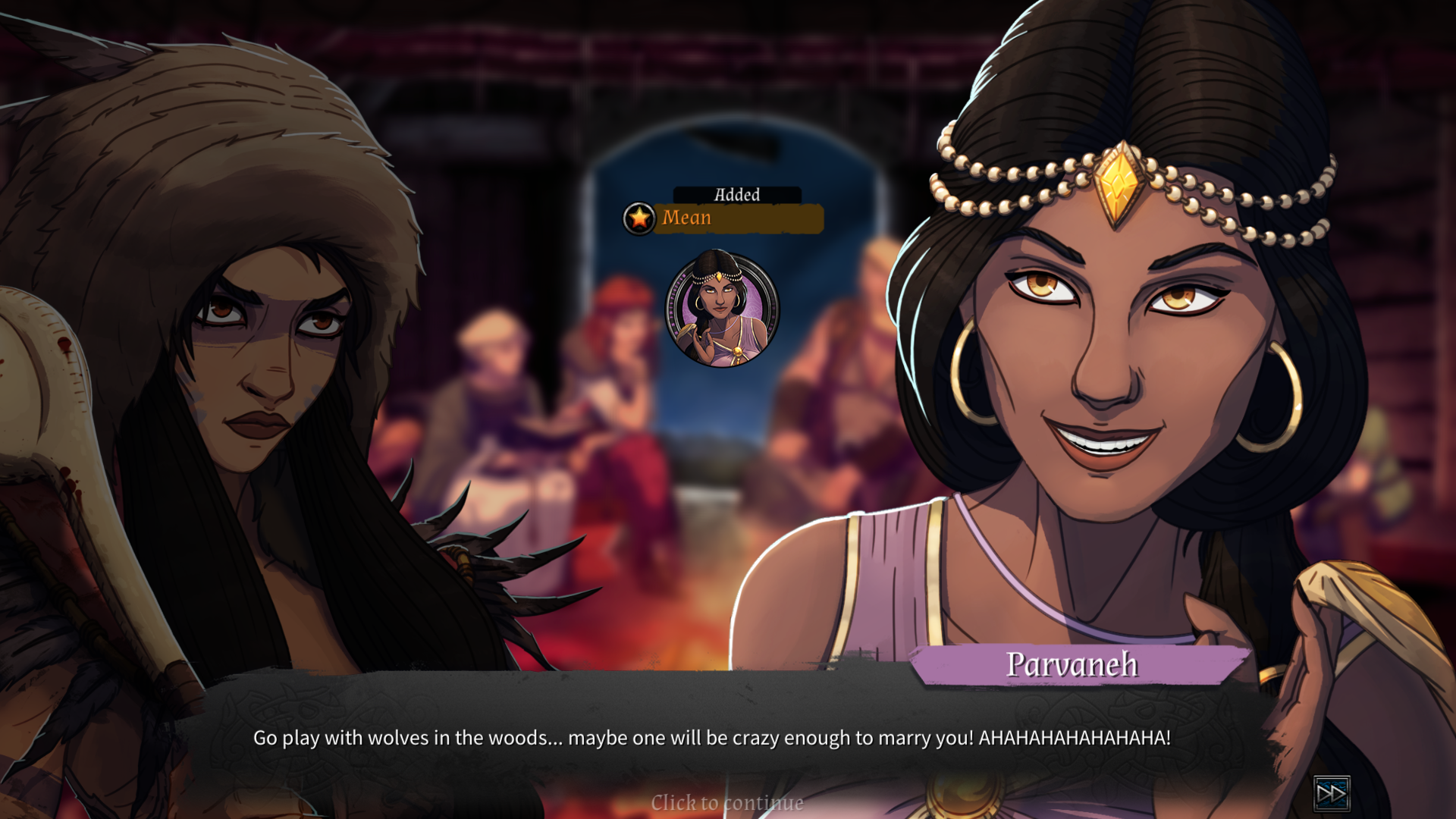 We wanted to “repair” that lack of interaction with a specific DLC. It was interesting because we broke the classic “main family centric dialogs” we had before, and could explore some totally new paths for the characters. How would Parvaneh and Eustache interact, for example? Or Angelico and Shanaw?

In the end, everyone has at least one new dialog with everyone else, and some combinations were more interesting and led to advanced dialog chains, comprised of 4-5 dialogs. In general, most characters have 1 or 2 advanced interactions.

During production, we made a little sheet to recap how many interactions each character have with each other. I can share it to you so you see what we did.

As you can see, some cells are coloured in red… because they indicate new romances included in this DLC! A total of 3 new romance option are added with the DLC (and half of one…)

But we didn’t stop there… as we always did for previous DLCs, we wanted to add some free content in the mix, so we wrote an addition of 11 new free dialogs integrated into the game even for people who didn’t bought the DLC o/

And… it’s not some random dialogs, it’s 2 new romance options for 2 of the main characters! You’ll get:

I think that’s it about the 3rd DLC? We nearly added a hundred of new dialogs (~22.000 words) in this DLC and had a good fun coming back to these crazy characters, but I think we wrote all we could about them.

At the moment, there are no plans for a new DLC, but who knows? If you want to help us, give us a thumbs up on Steam and recommend it to your friends ^^ 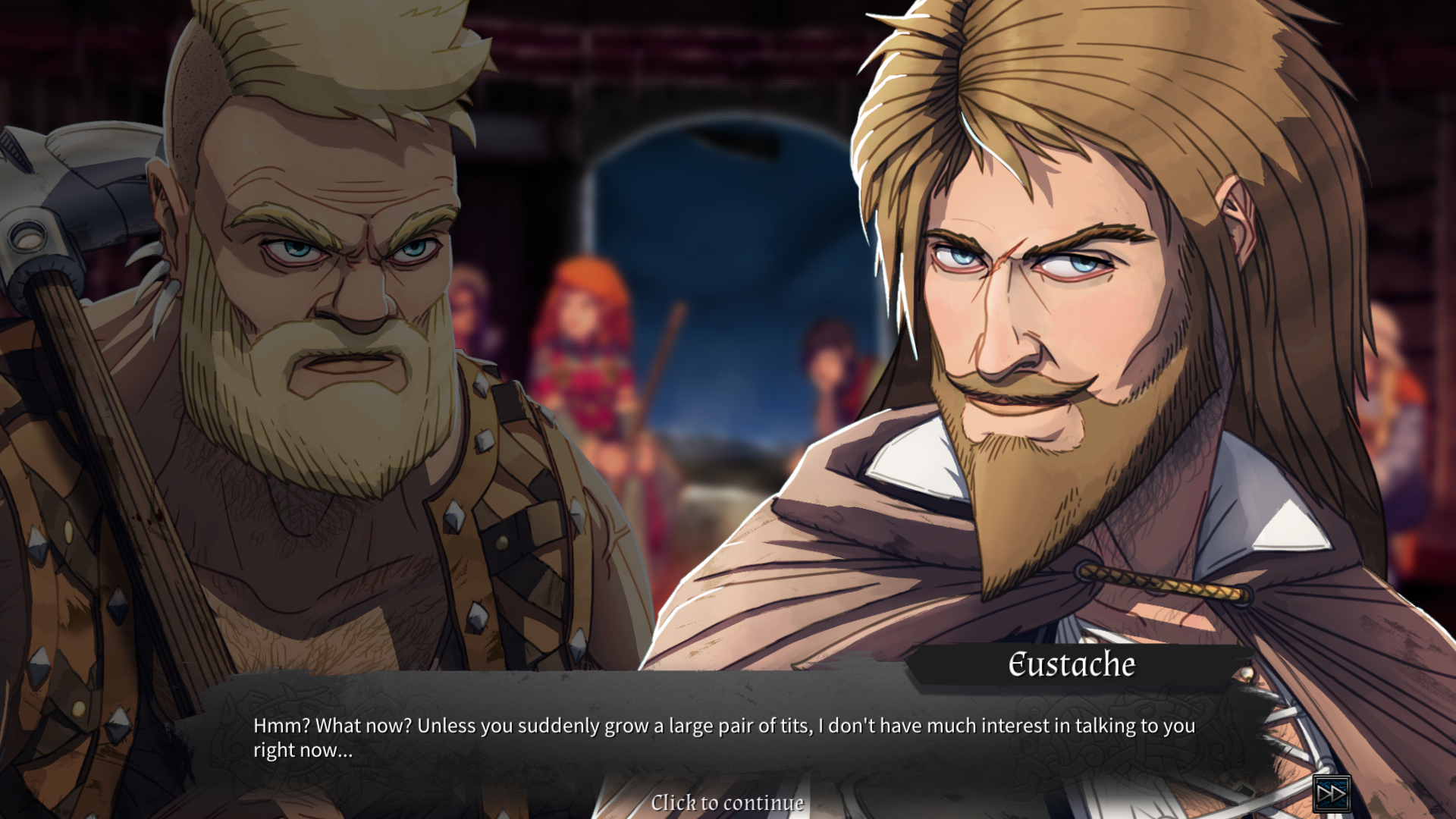